A few months ago a new grocery store opened in a neighboring town. The building had been a grocery before, but had closed before we got here. The owner is the son of the owner of the previous store (if I remember correctly) who has a successful market in Missoula - it's where we got our Hutterite turkey for Thanksgiving. They are trying to focus on more local, higher quality and organic items which is cool and they seem to be getting into the swing of things. YEY!  We do some of our standard shopping there and Eric does most of his weekend meals shopping there.


We moved from a place where every single week, right at the curb, you could recycle most metals, most non-film plastics, most glass, most paper, and most cardboard. Also used motor oil as well as yard debris and kitchen waste. Recycling was SO EASY. And several things beyond that were fairly easy to recycle with a trip to a center or event. Not so in the Bitterroot. You can recycle, but fewer types of things and you need to take them to a center. They'll pay you for some things which is cool, but let's face it; if it is even slightly inconvenient, most people won't do it, at least not regularly. 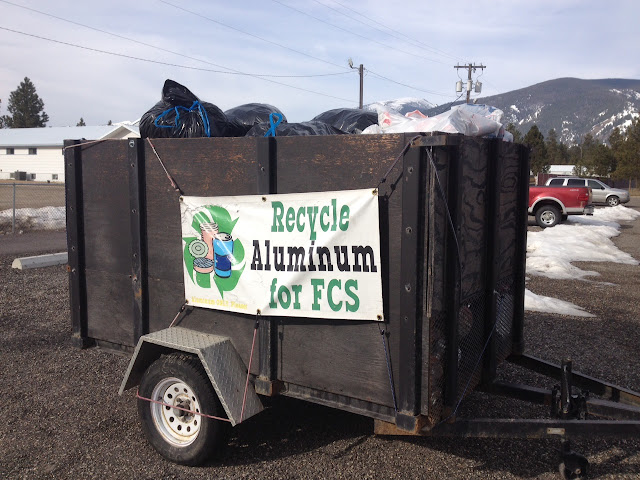 We'd already been saving and recycling our aluminum for a contest for the local 3rd or 4th graders in the spring, as we had the last 2 years. But either they didn't do it this year or they didn't mention it in the monthly school newsletter delivered to all the local mailboxes. We have a WHOLE YEAR'S worth of aluminum. That won't be going to the recycling bin at this spot, but will instead be put into a collection bin located at another local grocer & supplied by a pet food charity. That said I am SUPER excited about being able to recycle our steel and some paper there. 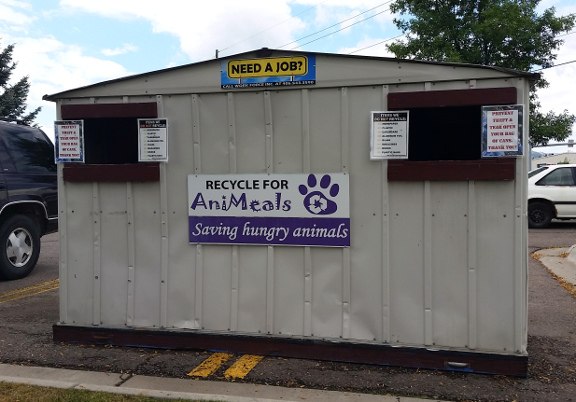 Tiffany was visiting and gamely tagged along on this errand, even helping me dump at least 8 bags of cans into the bin. Bags of cans are always kind of sticky-gross, but I bet these would have been a lot worse and stinky, too, if they weren't mostly plain seltzer. THANKS!

*In this case "everything" means "some things."

It feels so good to read comments! If you're leaving one (or more!), THANK YOU! If you're not... c'mon, already!