Whose Poop is This, Anyway? +2 Bonus Tracks*

The last mystery poop of 2013!  I almost literally stumbled upon this one: spherical and singular, about an inch and a quarter in diameter, found near the center of the one bit of concrete slab on the property located between the chicken yard and the shop.

I haven't had a Christmas tree in years. When I lived on my own, it seemed like too much hassle for me and a couple of cats who didn't care and as long as Eric and I have lived together we've had a puppy and/or young dogs at this time of year.  I'm not all that worried about how the dogs would deal with a tree, but trees are made of sticks, so anything could happen.  Our place in Montana doesn't have a great place for a Christmas tree and when I was in Portland at Ikea with a dear friend last April, I spotted this fabric.


I decided that making it into our Christmas tree might give us both a place to hang ornaments and hopefully something the Beatie Grrrlz won't see as "sticks."

It's not small, let me tell you. It's 6' tall and 4'6" wide, but it isn't nearly as 3D as a real or traditional imitation tree. It wasn't a super money-saver, either. It cost about 2 years' worth of lot-bought trees would cost which is probably 25-35% of the cost of a full-priced, realistic, traditional, fake tree.  Hopefully this will last years and years and become a treasured tradition rather than a poor substitute.


There is one (big) ornament I made for us, though. A diorama representing our little family in vintage Fisher Price Little People.  The exterior is covered with pine cone scales harvested from cones on the property.  That part took hours and hours which means months, because I got fed up (and tender-fingered) after several hours and let it sit for 8-10 months before finishing that and starting the inside.


I had an epiphany for a topper after I wrote this post: Bigfoot, of course!


The Beastie Grrrlz haven't paid the tree or the ornaments any attention, but they do like to nose around in the gifts sitting on the sled at the base of the tree.  Kids, they get so excited this time of year.

Jolly holidays to all and to all a long, winter's nap!

Again there are a few items of interest or at least they interested us, but they don't really warrant a whole post each.  Listed in order of discovery, not importance.

ONE (1)
We're not sure why we didn't see turkey tracks last winter, but maybe it's because the snow has been melt-y and soft this year.


TWO (2)
A magic pine cone!  We're keeping the Boy Scouts clear away so this can't be ruined in the name of "safety," too.* 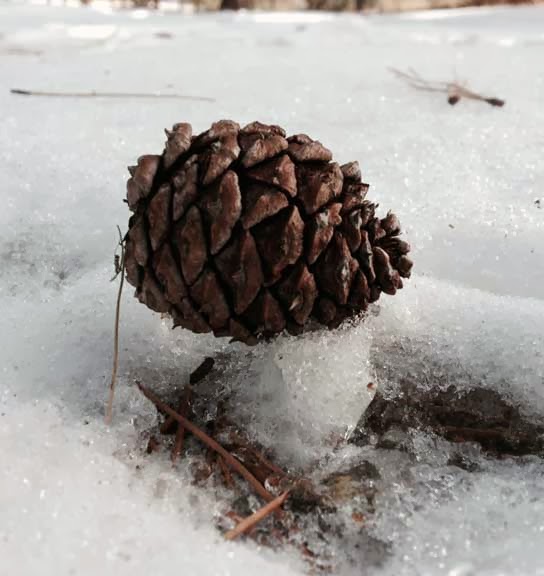 THREE (3)
I stopped into the Ranger Station in Hamilton to ask for directions. It looked like they had very nice, brand new carpet in there.


*I know that the Boy Scout leaders who committed that awful vandalism are not the standard variety Scouts; just making a joke.

I never got around to replacing last year's winter wreath on the fence at the entrance to the property.  Now, I didn't leave the last one up all year or anything, but it has been a sad, old empty fence for months and months.


I picked up the brand new, plastic, ball ornaments after the holiday last year at a thrift store. They're hot-glued to a foam wreath form with a "for inside use only" ribbon.  I started this in November, but various delays kept me from finishing and installing it until December 15. We'll see how it holds up.

Oh, They Know It's Christmastime All Right.

Oh, Ramon!  You're such a Christmas Cad!


Mavis decided to go Full Glamour this year. She looks like something from America's Next Top Faux Taxidermy, doesn't she?

YEY! We finally replaced Eric's Honda Civic with a car that can be driven all the way home all year long! No more parking at the IGA in town and shuttling back and forth in Bert (the pickup). Friends. Family. I present to you, Khan. 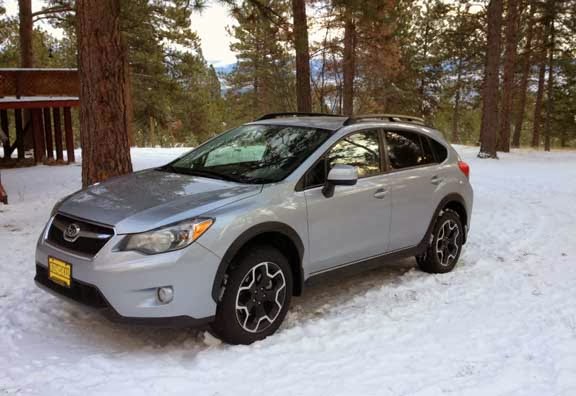 Our new all-wheel drive car!  It's a Subaru XV CrossTrek Limited and even though I'm typing this less than 16 hours after it became ours, so far we love it.  Eric says he made it right up our steep-ish, snowy road like it was dry pavement!  Even though this is not a luxury vehicle, Khan is superior mentally, physically.  Both the driver and passenger have both bacon and email! Khan comes standard with dispersal for basic snakes AND laser snakes!  You have to opt out of snakes in Khan. 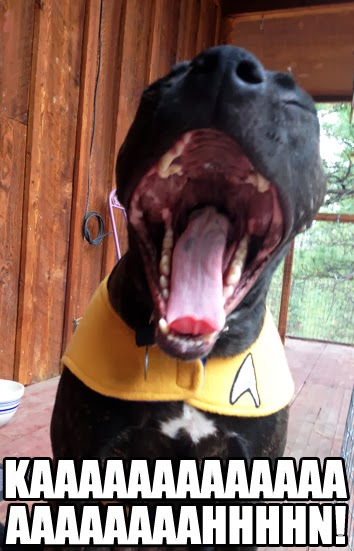 Well Hung. Stockings, That Is.

So there I was hanging the stockings by the chimney with care and when I stepped back I saw this. 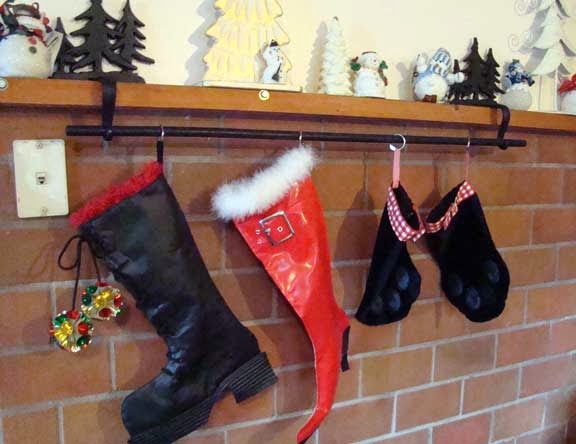 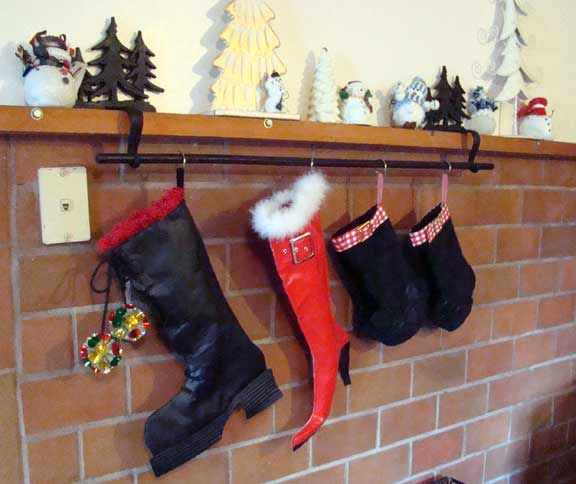 I figured out that if I put something in there, they'd hang nicely.  Mine (the red boot) has a paper towel tube in it and the Beastie Grrrlz' (the black paws) have half of the top of an egg carton. Why do I have egg carton tops? Well after using the bottoms for fire starters, I keep the tops and tabs around for when the fire needs a little boost... or when the Christmas stockings hang funny. 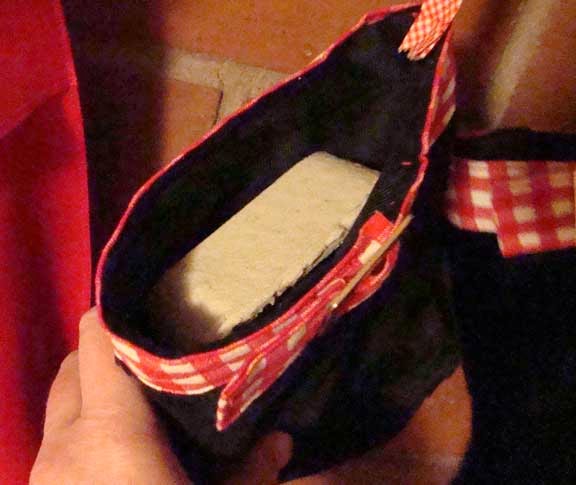 Two last bits of information:
1. Eric's stocking (the black boot) is a stiffer material and just naturally hangs well.
2. Of course, I will remove the inserts on Christmas eve so Santa doesn't have to deal with them; he's a very busy man.