Delia has several "bush forts" around the property where she hangs out chewing sticks, getting shade, and doing dog stuff like taking a break during games of fetch.  If she's taking too long during fetch, I'll usually walk over and reach the Chuck-it launcher in there and fetch her ball myself.  One time I spotted this!


I've been working for a neighbor who has a big-boy version of a slot car track that he's building for a big international* race in November.  Starting in April, I've been painting lines, curbs, bit lanes and such on about 100' of track on a 10' x 20' table.  This is a craft project that staggers even me just a little bit.


This gig has a great commute!  Since they showed me the shortcut, I can walk there in about 5 minutes.  I usually do this in the mornings and noticed the sun hitting this old property border fence with it's lush moss coat.  Our forest doesn't have moss like the forest I grew up with so it was a nice little moment to start my day with a moss siting.


Speaking of cheery, unexpected plant life, I spotted these pansies sneaking throw an hole in the side of the silly truck bed flower bed that came with the house.


It's not just the plants getting all reproductive, either.


As June ends we're definitely going from our green season into our browning season.  There are still lots of wildflowers, but they're not carpeting the yard and forest like the Balsams did.


* Yup.  Racers mail their custom, hand-built slot cars from all over the world to race.

I hadn't noticed until a friend in Missoula pointed it out, but locals aren't what you'd call "good at parking."  I don't even think it's a blatant disregard for the lines in the lots and on the sides of the streets, but rather seems like the lines just don't register in the Montanan consciousness.  I mean, usually they get close - they're going vaguely diagonal in the same direction, but they aren't putting their car actually between the lines designated for a car.  This works just fine in the winter months when you can't really see the lines, but seems weird the rest of the year.

So when I drove into the local super market parking lot on Wednesday and noticed that they'd repainted the lines, I wondered out loud to myself if having fresh, bright, new lines would make a difference.  And then I parked facing right at this.


When I came out of the store that car was gone, but when I took my cart to the cart corral this guy pulled in a few spots up from me.  Nice and centered from left to right, but front to back not so much. 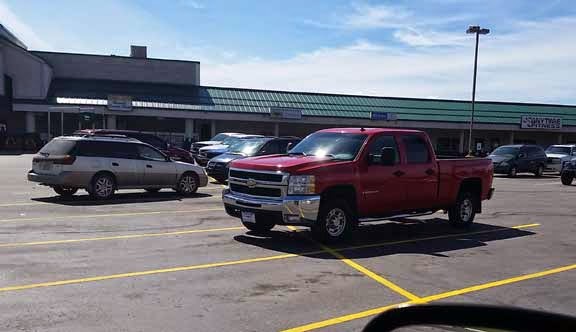 As I was driving out, I saw this one. Soooooo close and yet not.  It seems like it takes some extra attention to back into a spot, just not attention to where that spot stops and starts.


Let me say that none of these particular cars were parked up close to the building and that this parking lot is huge, so the drivers weren't really putting anyone out.  I'll also say that the majority of the cars are parked reasonably within a designated spot and that most of the time it doesn't look like that taking-two-or-more-spots-because-my-car-is-more-important-than-society's-rules-and-common-courtesy douchery.  It just seems like you see a lot more careless parking.  That's some kind of freedom there, boy howdy.

Note: I was not driving while taking any of these shots. The car was not in motion and I impeded the progress of no other drivers or pedestrians.

The other day Eric drained and refilled the hot tub in anticipation of Juan's visit* last weekend.  When we went to start heating it up it wasn't working.  It was a very basic model when it was new in 1999 and the mysterious codes on the display weren't helping us decipher the issue.  Even with the generic owners manual we didn't know what was going on.  So, I called the number in the manual which lead us to a spa business of a different name.  They came out on a service call and gave us the bad news: the shell (the fiberglass part that holds all the water and all the people) was failing and leaking and the plumbing was leaking and some other things were leaking.  We could spend a fair chunk of change to "put a band-aid on it" or about 2.2 times as much to fix it better, but the shell would still be failing.


It was pretty exciting to watch the crane take away the old one and plunk the new one down on the deck.

So, instead of risking having that tub utterly fail in the middle of winter when we couldn't get a new one delivered and the old one hauled away and instead of throwing good money after bad we got a new spa!  It's still not the fanciest spa on the market, but it's quite an upgrade with about five times as many jets, a control display that makes some sense, new cover and cover lift, a low-maintenance cabinet (case? siding?) or whatever it's called, AND in a couple of weeks will have the saline filter-thingy.  And the spa guys (Chris & Ron) were the opposite of the tree guys as far as being here when they said they would be, returning calls and texts, etc.  YEY!  Let's hope that keeps up for our chemical needs and most importantly the installation of the saline thingy.  Did I mention the Aurora-Borealis-in-a-tub LED lights?


*Juan was the first to visit us twice and thrice!  As he's spending the summer not too far from here, I bet he'll beat everyone to fourth, too.  Not that it's a contest, but Juan's winning.

For some reason it took me ages to get Mavis out of her clown costume, but I finally did.  Funny how the clown wasn't creepy, but this kitten is totally creepy. 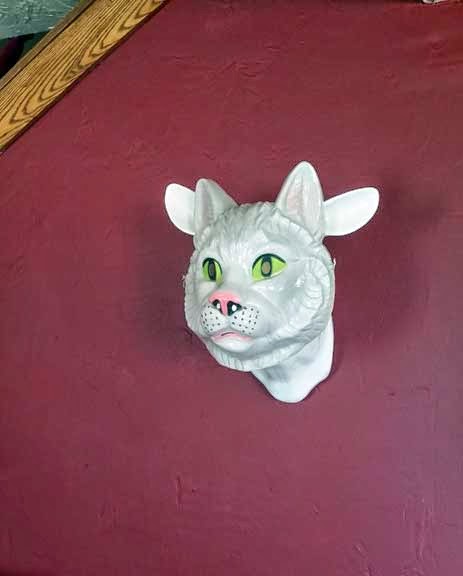 Ramon is also keeping it simple with his Tin Woodman hat/funnel.  This disguise is especially silly, because if there is one thing that we all know it is that Ramon is alllll heart. 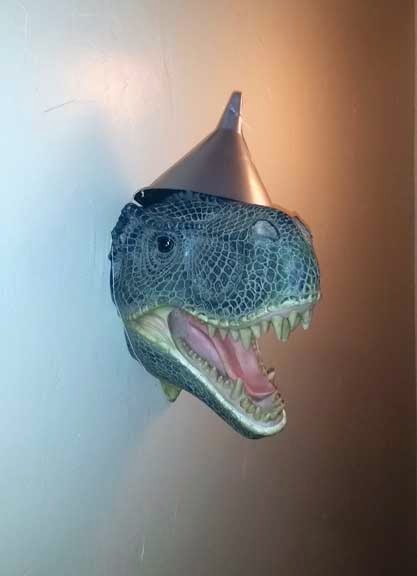 Through lots of voice mails, phone conversations, in-person conversations, and more voice mails We finally got out two beetle-kill trees cut down.  Way back when we first moved here we had a few interactions with people hired to do stuff here at the house that had me worried that it might be the case that Mountain Time was not just about time zones, but also a state of mind, like Island Time.  I still haven't decided, but that seems to be the case with anyone involved with tree cutting be they tree service/forester types or deliverers of firewood.


Eventually, we got 'er done.  The entirely dead tree was dead long enough to be beetle-free so we had that one cut into 16" round to be split for firewood later.  The not-entirely dead tree probably still has beetles, so we had it taken away.  They cut it into 16" rounds, so I imagine they're going to sell it as firewood.  I just hope they don't sell it to someone with pines on their property. 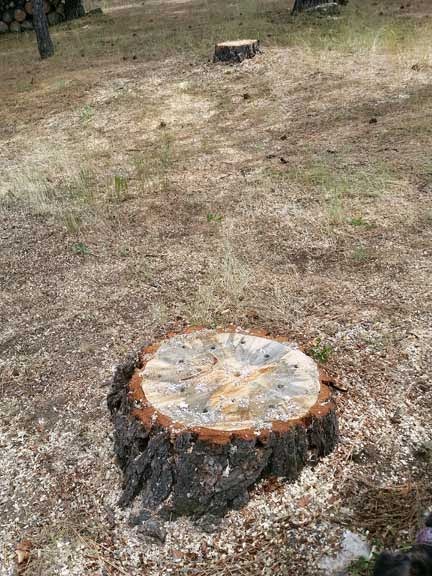 Cutting down big trees cost big bucks, so we're trying to rid ourselves of the stumps some other way.  Luckily they cut them really close to the ground and level, and the forest is a fine place to see a stump or two, so while we figure that out they're not such a horrible eyesore as they might be in town.  Hopefully, this technique I found online will work: Drill holes in the stump, add Epsom salts and water. I read it could take anywhere from one month to a year.  We shall see.